Introducing “The Problem”
A large steel producer in Northwest Indiana (Client) recently had a legacy issue concerning one of its blast furnaces. Client noticed the furnace’s tuyeres (the holes through which air is forced into the blast furnace) were changing shape, going from cylindrical to ellipsoid. Client was concerned that the entire structure was slowly collapsing or shifting towards a point of structural failure.
To say the least, the problem was high profile.

The Call for Help
Survey crews from DLZ’s Burns Harbor office were asked to collect data on as much of the furnace’s over 100’ tall and nearly 50’ diameter shell as possible, and analyze the data in order to better understand how much the furnace was moving.

Using a Leica P40 high definition 3D laser scanner over the course of a 10-hour work day, while the furnace was shut down for routine maintenance, two DLZ survey crews were able to get a baseline set of data.

Leveraging Computing Power to Process Data
After registering (the process of “stitching” together multiple sets of data) the laser scan data, the rest of the processing was turned over to a computer algorithm. The algorithm parsed the data based on a radial grid, and reduced the 2.5 billon points down to just 20,000 representative monitoring points.
A second algorithm was written to find and analyze those same 20,000 points from any subsequent dataset.

Understanding the Audience
While engineers, surveyors, and other technical-minded professionals are comfortable with, and often prefer, numbers and raw data, a set of 20,000 points is just too large to properly comprehend, and the high-profile nature of the project involved several non-technical decision makers. With these considerations in mind, the priorities for project deliverables were as follows:

Visualizing and Presenting the Results
Ultimately the project deliverables were a 2D colormap and a 3D model, which illustrated that the furnace did show both movement and change in shape, but not enough to cause concern. After only a 10-minute conversation about DLZ’s findings, the discussion was able to move to solutions, which meant the collected data had been presented in a meaningful way that the client understood.

The Project Going Forward
Based on the results of DLZ’s analysis, the client decided to continue monitoring the blast furnace bi-monthly to ensure the structure remains in a normal range of fluctuation. At the same time, various reinforcements and materials will be tested to see how they might influence the shape of the tuyeres and movement of the structure.
The client was able to choose preventative maintenance instead of expensive, unnecessary measures only because of the quick turnaround enabled by the use of algorithms over manual point cloud analysis to rapidly determine the scope of the problem.

Unexpected Takeaway
When a project’s budget starts to dwindle, billable client interactions are usually the first on the chopping block. With competition always becoming more of a factor in the bidding processing, budgets are tighter than ever. Leveraging algorithms on this project provided quick answers and freed up valuable hours to allow for early additional client interaction with more face-to-face meetings and discussions than otherwise would have been possible. 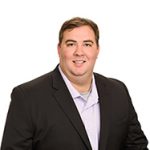 Mr. Crosby has over 11 years of industrial alignment and 3D high-definition laser scanning experience including a strong history of alignment services in all aspects of the project life cycle from new construction through continual maintenance. He has excelled in cutting-edge technology development and his work has been featured at Association of Iron and Steel Technology's annual meetings.