I had the opportunity to interview Tom Hessler for DLZ’s “Executive Spotlight”, a regular blog that goes behind the scenes to showcase DLZ leadership. While Tom is an accomplished Director in DLZ’s water practice, with more than 25 years of experience, he is also a talented musician.

We talked about his love of music and how his hobby continues to compliment his professional life. Tom reminisced about his early years, “My Dad worked for Firestone as a real estate manager and we moved several times while I was growing up. I was born in Syracuse NY, then moved to Boston MA, then to Upstate NY near NYC, Green Twp. near Akron, Ohio then finally landing in high school in Medina. Nothing was more “fun” than moving as a freshman in high school….that was a bit rough. Fast forward, I studied at the University of Akron and graduated with a BS in Civil Engineering in 1990.” Tom said.

When I asked Tom if music has always been a part of his life he shared, “I was fortunate to grow up with three older brothers, so I was exposed to a lot of classic rock greats like the Beatles, Stones, Led Zeppelin, the Who and Black Sabbath. I continue to love this era the most, but several 90’s bands like Soundgarden, Alice and Chains and System of a Down are also at the top of my playlist.”

“I started playing in a serious band back in Akron during college and have been playing for over 30 years. The current band “DT and the Shakes” has been together almost seven years and the lead guitarist is my best friend who started with me in 1989. I also played six years in the alternative rock band Trainwreck Radio with my neighbor who in a past life opened for Green Day and Urge Overkill.”

Tom grew up in a family that was not afraid to sing, he commented “I’ve always liked singing and my parents sounded pretty good when they did it so I figured I would give it a try. A couple of drinks to get started usually does the trick!” he added.

Recently, the virus has interrupted the Hessler DT and the Shakes performance schedule, but they are eager to get back at it. Before coronavirus, they got together every other week for a few hours. “It’s been hit and miss since March” Tom shared, “When you play with good musicians, we usually have a new song down after a couple takes. It’s a great way to relax after working all day.”

So when I asked Tom, “what is your best story as a member of a band?” he laughed. “Well, I can’t tell the best story in detail — but it was witnessed by several people from the Akron and Cleveland offices at the Highland Tavern……let’s just say there was an over enthusiastic dancer enjoying our rendition of “Schools Out”. Happy anniversary Tom and Marla Sisley!”

What venues do you play at? “We play at local clubs in the Cleveland, Akron and Kent area about once a month. We have only played once since the pandemic. It was an outdoor show which I like to call “Coronafest”, since over 200 people showed up and did not behave and follow the rules. I would say our best venue had to be the 2016 DLZ 100th Anniversary Party which was a blast. Thanks again DLZ for that!”

Are you married? Children? “I have been married to Elaine for 25 years this December (not sure why she puts up with me!). She is a professor at Cuyahoga Community College. I have one daughter Erin who is currently trying to attend Ohio University as a sophomore studying Environmental Geology. When I asked if Erin inherited his music gene he shared, “Elaine used to play trumpet and was a member of the Ohio State jazz band as an undergrad student. Erin not so much……” Other hobbies? “I enjoy playing golf, biking, skiing, kayaking, hiking with my dog Rosie, and travelling with my family. We have been lucky enough to travel to Australia, Iceland, Alaska, and most of Western Europe and the US over the years.”

“Lately there is no real typical weekend. The most excitement is having social distance parties with the neighbors. If a cornhole game breaks out, that’s living! Hopefully, the Browns will provide something to look forward to on Sunday this fall.”

As we wrapped up our time together, I asked, “what would you like your professional community to know about you?” He paused and went on, “Working for DLZ for over 25 years, I have been fortunate enough to work for several different design disciplines working on CSO tunnels and near surface connection structures, sanitary and storm sewers, major water distribution mains, local water lines, condition assessment and pipe rehabilitation, site improvements, roadway and bike trails, highway and pedestrian bridges, and construction administration and inspection. DLZ has provided excellent opportunities to grow as a professional engineer. Currently, I am the Northeast Ohio Director of Water Practice and really enjoy working for our water and wastewater clients. Along with being a Professional Engineer in several states, I am a licensed Surveyor in the State of Ohio.” And the curtain dropped.…..Tom was headed off to meet with his team on a current project. 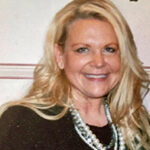 Ms. Stone is a Project Manager for both the Public and Private sectors and has been a Federal registered Lobbyist for over seven years. As a Project Management Professional, her experience includes international and US policy expertise, environmental law and policy, health, technology, innovation, energy and infrastructure sector restructuring, international and domestic market experience in all stages of project development and investment.