Communities lie at the heart of all we do. As a company and as individuals, DLZ believes strongly in giving back to communities; not only those in which we work and live, but those that are less fortunate than others. DLZ’s staff contribute their time and talent to a number of organizations that help improve the lives and health of individuals throughout the world. That’s why we are proud to partner with the Central Ohio Chapter of Engineers Without Borders (EWB-COh) and what it is doing in Guatemala.

In 2015, EWB-COh embarked on a new project in Las Victorias, a very poor Guatemalan community of about 400 people (over half under the age of 16, and 70 under the age of 5) mostly of Mayan descent. With the help of a local NGO (non-governmental organization) that supports the indigenous people, Las Victorias submitted an application to EWB National requesting a primary school for its community. The community’s young children were walking a couple miles over rugged terrain every day to the nearest school. The paths were impassable during the rainy season. The children were often made fun of for their Mayan ancestry; most of the country is of Spanish background. In an attempt to improve the situation, the community built a small, two-room wooden shack (dirt floor, open windows) to use as a temporary school. The building was far too small to hold all the children, and they realized something better was needed. The community felt so strongly about the need for a local school that its members pooled their money and bought property to use for the school. Even though they didn’t have the resources to build the school, they felt that education was the only way that their children might have a better life.

EWB-COh visited the community in 2016 to do an initial assessment and determined that the project would potentially have several phases. Because of the steep terrain, the site initially had to be leveled. In order to stabilize the steep soil cuts along the edges of the site, the first phase was to construct a large 17-foot retaining wall along two sides of the site. EWB-COh designed the wall, raised money for construction and completed construction in 2017. EWB-COh is currently working on designing the school building, and construction is scheduled to begin in October 2018. Subsequent phases may include additional classrooms for higher grades, better access to potable water, and sanitary latrines. 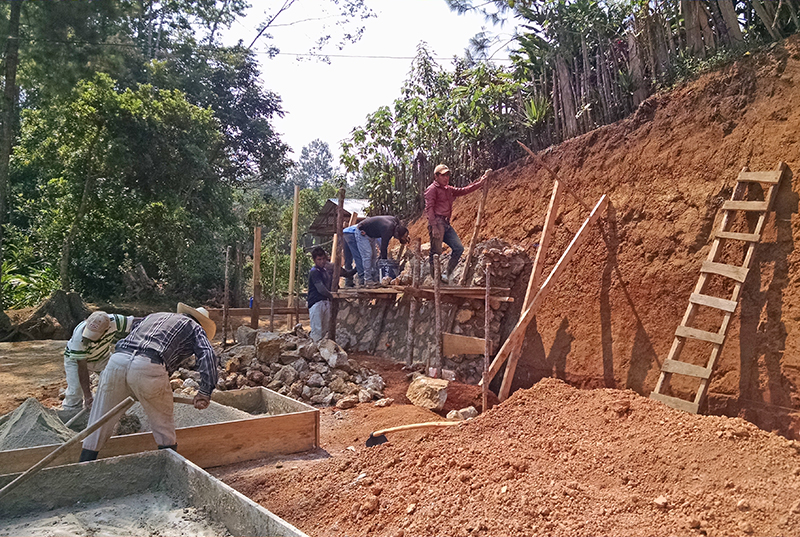 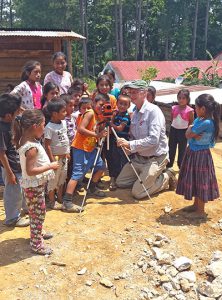 DLZ employees Jim Siebert and Mike Kennedy have played an active role in the EWB-COh’s work in Guatemala. Jim helped raise money for construction and led both the analysis and design of the retaining wall. Jim was there for the initial assessment trip and spent a week in Guatemala helping start construction of the wall. DLZ, a long-time supporter of EWB-COh, provided the survey equipment used to check the layout of the wall, and our in-house materials laboratory tested samples of soil and concrete brought back from Guatemala. Both Jim and Mike are helping to design the school and prepare the site grading. Jim will be traveling to Guatemala again when construction of the next phase begins.

EWB’s philosophy is to develop sustainable infrastructure projects to improve the quality of life in developing countries. Because of Jim’s engineering and construction background, he feels fortunate to be part of this effort. So far, Jim has taken seven trips to Central America on EWB work; he says he’s always impressed with how hard the local people work and how thankful they are for the help.

As a company, DLZ knows the importance of giving back, and we are grateful for our generous employees that make community service a lifestyle. Although EWB volunteers pay their own way and the community provides manual labor at no cost, money is needed for materials and certain skilled labor and oversight. While we may not be able to save the world, we are fortunate to be a contributor to EWB-COh and a part of the life-changing work being done in this small Guatemalan community. 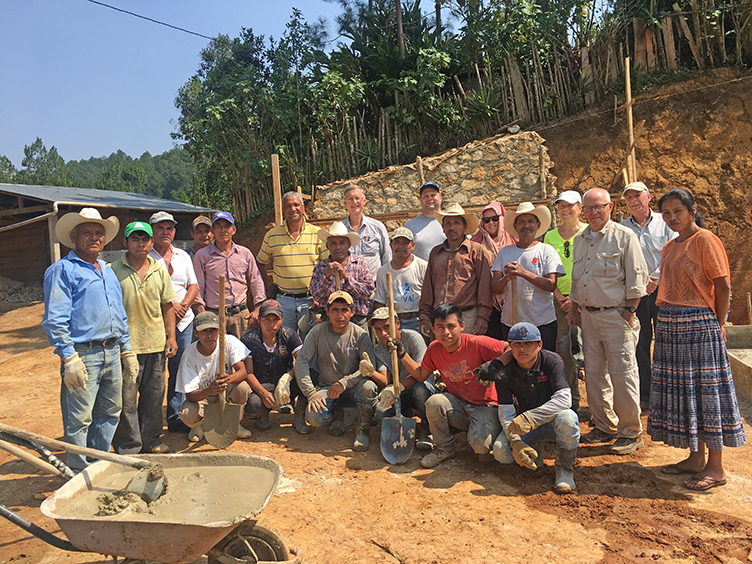 Back to News & Blog