Traffic Simulation: A Major Player in Design, Operation and Construction

Traffic simulation can be applied to roadway design, transportation operations, and roadway construction projects. It demonstrates how well the project works realistically.

Microscopic traffic simulation models simulate traffic systems on a vehicle-by-vehicle basis by updating vehicle position, speed, lane position, and other variables on time steps, like a split second, while the vehicles interact with the roadway geometrics, traffic signals, pedestrians, other vehicles, and any operation situations. Each vehicle model is based on driver behaviors in car-following and lane changing. Traffic simulation models effectively evaluate heavily congested situations, complex geometric configurations, and system-level impacts of proposed transportation improvements.

In the past, we have used simulation software – VISSIM, VisWalk, SimTraffic, and CorSim, to name a few – in projects such as:

This includes all types of interchanges. Take I-290 and I-390 interchange design projects as an example to illustrate how the simulation model is a helper. The interchange has a few close-spaced interchanges before and after this interchange. The design team had a preliminary design. They then developed VISSIM models to simulate the designed geometry and the forecast traffic for the design year. The simulation model visually shows the long queues on some of the on-ramps. With this result, the design team created a new iteration. The new design, modeled in VISSIM, showed smoother traffic. Another issue the VISSIM model discovered with the original design was the acceleration lane length at WB I-390 to SB I-290 ramp. The new design resolved this issue as well. Putting the design into a simulation is like “seeing” the future. The models help foresee any potential problems before it’s too late.

Simulation models can help to evaluate the effectiveness of any transportation operation plan. For example, Active Traffic Management, including ramp metering, dynamic speed limits, etc. The example project we did was the signal control at a roundabout. We developed a VISSIM model to simulate the red/green/black signal at one leg of the roundabout to control the flow entering the roundabout, leaving enough space for the traffic to enter from the upstream leg. The simulation model came up with the recommended optimal timings.

When the transportation system includes public transportation, private auto, trucks, pedestrians, and bicycles, it becomes complicated, especially the different modes’ interactions. Simulation models can simulate all different modes and their interactions to show the results of the mixed traffic. For example, the Mackinac Island transportation modes include ferries, horse-drawn carriages, bicycles, and pedestrians. VISSIM/VisWalk models were developed to simulate all these different modes and traffic, including passengers coming out of the ferries onto the street, bicycles coming out of the bike rental and entering the street, and horse-drawn carriages traveling on the street and pulling into the ferry dock waiting area. The models were used to evaluate the ferry departing and arriving on different docks and the impact on the streets. 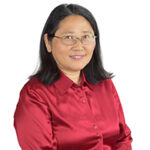