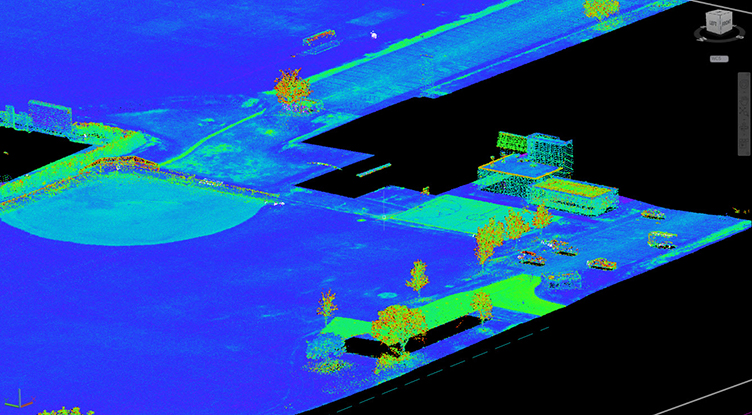 It’s a bird… it’s a plane… it’s a… yeah it is a plane. For Chicagoans, it’s that time of year where we get to enjoy some of the most amazing and stunning mechanical, aerial acrobatics around; the Chicago Air and Water Show. This year marks the shows 60th anniversary. In honor of the occasion, DLZ is showcasing its own aeronautical spectacle, UAV usage in industrial environments.

A Brief History of UAV Flight
Unmanned aerial vehicles (UAVs) have been around since the early 20th century, however usage for commercial purposes and governing regulations are in their infancy. Prior to 2014/2015, UAVs were mostly a novelty for enthusiasts, tinkerers, and researchers. In 2015, the Federal Aviation Administration (FAA) decided to allow commercial companies to use UAVs to conduct business. Since that time, UAV usage in the United States has grown exponentially even though the framework created by the FAA was restricting and required a difficult exemption process to sell UAV services. Meanwhile, the consumer side of UAVs, commonly referred to as drones, did not operate under the same regulatory restrictions and as such saw an even faster adoption of technology and rise in total sales.

Technological Innovations
The Chicago Air and Water Show features planes of all eras and styles from the modern F-35 to the iconic F/A-18 flown by the Blue Angels to the P-51 Mustang made famous by its role in World War II. That same level of aeronautical innovation has occurred with UAVs in a short span of time. The relaxation of regulations brought with it more enthusiasts that drove the price of components down and the innovation of new technology. Modern UAV platforms come with advanced gyro stabilization, GPS tracking, anti-collision sensors, and many other safety features to allow our pilots to collect flight data quickly and efficiently. 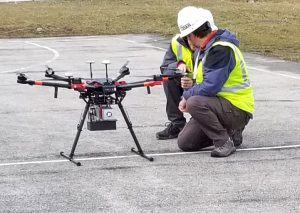 The Rise of UAV Demand in Industrial Settings
The first uses of UAVs in industrial environments were to measure raw materials, transmission lines, and aerial mapping primarily for cost savings and lack of an alternative method. This introduced clients to the idea of UAVs and eventually led to wider adoption throughout the process. While those projects continue to makeup a large portion of UAV services, they are only a small amount of the full capability possible. One of biggest drivers of current adoption has been safety. Over that past few decades, large industrial operations have continued to increase safety regulations forcing the innovation of practices and procedures that can do a job safer, faster, and with less chance of harm to human life. That evolution in safety culture has led to the usage of UAVs in non-traditional roles. A few examples of projects that UAVs have made safer:

The Future of UAVs in Industrial Operations
One of the most exciting emerging technologies for UAVs is LIDAR. LIDAR itself is not a new technology but adaptation for the UAV platform and its non-stop accuracy improvements make for an exciting future. Currently, ground-based LIDAR is used for a plethora of applications in all settings with modern high-definition laser scanners able to measure as accurate as a millimeter. Current UAV-based LIDAR systems have an accuracy of several centimeters but we’re starting to see that accuracy improve. Over time, those technologies will overlap and UAV-based LIDAR may even replace ground-based in the not-so-distant future.

Wrapping It Up
UAV technology and usage in industrial applications is not only here to stay but is continuing to become a more vital part of our day-to-day operations. While I personally see the modern usage of UAVs daily, I still find wonder and awe once a year watching the Chicago Air and Water Show thinking of how flight, whether UAV or pilot-based, has evolved and dreaming of the future yet to come.

Back to News & Blog