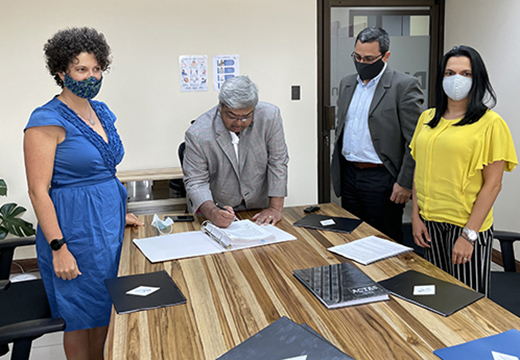 DLZ announces the acquisition of Carbon Engineering in San José, Costa Rica. A leader in renewable energy engineering, Carbon specializes in hydro-electric and wind power projects and provides hydraulic, structural, and water resources engineering. For over 25 years, Carbon has provided engineering services for more than 75 renewable energy projects in Central America, South America, and Mexico, covering all project development phases, from pre-feasibility and feasibility studies to final design and construction supervision. Carbon has been involved in projects totaling over 1000 MW of installed capacity in the region, contributing to the renewable energy transition of several countries.

Vikram (Raj) Rajadhyaksha, CEO of DLZ, stated, “Carbon’s exemplary professional engineers are an exciting addition to our team; they bring decades of experience in hydro-electric and water resources engineering.”

A family- and minority-owned firm, DLZ ranks among the nation’s top consulting firms in the architectural/engineering industry and has grown to be a nationally-recognized firm. In 2016, DLZ was named by Engineering News-Record (ENR) Midwest as Design Firm of the Year. In 2020, Engineering News Record ranked DLZ as one of the Top 10 Design Firms in the United States for hydro-electric power and the 9th largest engineering consultant in the Midwest. For more information, please visit www.carboncr.com.