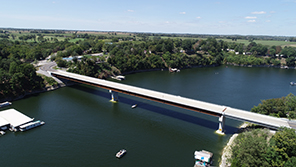 ACEC’s Engineering Excellence is an annual design competition that recognizes engineering achievements which demonstrate the highest degree of merit and ingenuity.

Engineering News-Record Midwest selected the Kentucky 152 Bridge Replacement over Herrington Lake project for a Highway/Bridge Award of Merit in their 2019 Best Projects award.

The project, one of 35 cited as the region’s best, involved replacement of the KY 152 Kennedy Mill Bridge over Herrington Lake, constructed in 1924. A total of 97 project teams entered the competition. Winners will be honored at ENR Midwest’s annual awards breakfast in December and featured in the November edition of ENR Midwest.

Walsh Construction was awarded the contract to replace the bridge in 2017. Congratulations to the entire project team. 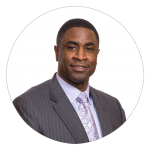 DLZ is pleased to announce that Ricardo Jackson has been promoted to Vice President of our Michigan operations and Eric Beaulieu, AIA, LEED AP has been promoted to Principal Architect. With our continued growth in Michigan, these promotions support our long-term strategy to offer premier architecture and engineering services in the Midwest. With nine offices and over 100 employees in our Michigan operations alone, DLZ can support the increase in demand for design services. 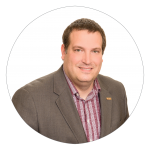 Mr. Beaulieu has over 20 years of experience in the practice of architecture and project management. His experience includes municipal, transit, aviation, justice, educational, and federal project types. Mr. Beaulieu leads DLZ’s architectural team in Michigan and is the Program Manager for DLZ’s service contracts with the United States Postal Service.

BELLEFONTAINE, OH – DLZ is pleased to announce that it has purchased the assets and hired the employees of Lee Surveying and Mapping. Since 1975, Lee Surveying and Mapping has provided land surveying services in Bellefontaine, Logan County and the surrounding area. Lee Surveying specializes in survey for land development and planning, which includes topographical mapping, construction layout, boundary retracement, mortgage, and ALTA / NSPS Land Title Surveys.

The acquisition of Lee Surveying expands our presence in northwest Ohio and brings DLZ to a total of five Ohio Registered Surveyors and adds two additional field crews with an average of 15 years of experience in construction layout and boundary/topographic surveys. Companywide, this acquisition grows our surveying group to 76 in the Midwest, allowing DLZ to perform a large variety of projects and better serve our new and existing clients with the expertise they expect.

Click here to learn more about our surveying capabilities. 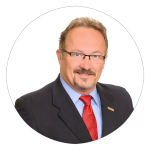 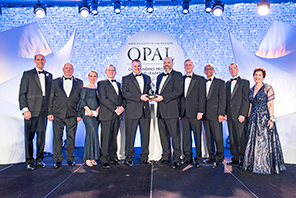 ASCE annually recognizes an exemplary project that best illustrates superior civil engineering skills and represents a significant contribution to civil engineering progress and society. Honoring an overall project rather than an individual, the award celebrates the contributions of many engineers.

Click here to learn more about the OCEA Awards.

Click here to learn more about the OARS project.

DLZ received an Honor Award for engineering excellence from the American Council of Engineering Companies (ACEC) of Indiana for the US 33 Relocation project in Goshen, Indiana.

This award is made each year by ACEC Indiana to recognize an outstanding engineering achievement that demonstrates a high degree of merit and ingenuity.

The US 33 Northern Connector project was needed for the City of Goshen due to truck traffic and growth. Its route through the downtown was a decades-old problem that needed a solution. The project relocated US 33 out of the downtown and relieved traffic congestion. The overpass and 3 bridges provided separation from cross streets and the Norfolk Southern railroad spur. DLZ was proud to lead the collaborative effort by INDOT, the City and the Railroad, culminating in a “game-changing solution” for the community.

For more information about the ACEC Indiana awards, click here. 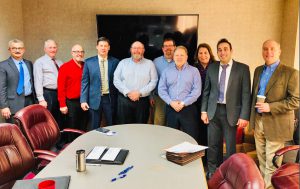 DLZ announces the acquisition of Johnson & Anderson Engineers. Founded in 1946, Johnson & Anderson (J&A) has served the Michigan market for over 70 years in the areas of municipal, water and wastewater engineering, survey, and construction services.

The acquisition of J&A demonstrates DLZ’s continued growth strategy to meet the increase in demand for civil engineering services in the Michigan region. With existing DLZ offices in Detroit, Lansing, Melvindale, Kalamazoo, and St. Joseph, this acquisition adds 40 professionals to the DLZ family and expands DLZ’s presence in Southeast and Western Michigan. 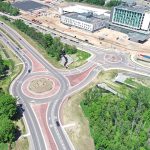 The ACEC/M Awards Program recognizes outstanding efforts of professional design firms to solve clients’ needs through exceptional projects. It offers the opportunity to showcase the year’s best engineering and surveying achievements to an audience of peers, clients and decision makers at all levels.

For more information on the projects and award winners, click here.

Chris Dietz to Speak at Conway 2019 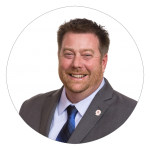 DLZ Project Manager, Christopher Dietz was selected to speak at the 2019 Conway Conference Feb 26 – 27, at the Hyatt Regency downtown Columbus. Conway provides an opportunity for representatives from the Ohio Department of Transportation and the Ohio Contractors Association to share construction industry innovations and best practices.

Chris will discuss the different models, current designer/owner output and the latest practices. Using data from technologies such as 3D modeling in combination with GPS, Automated Machine Guidance (AMG) can increase productivity by up to 50% on some projects and cut unnecessary field survey cost by up to 75%. Stop by this session to learn more.